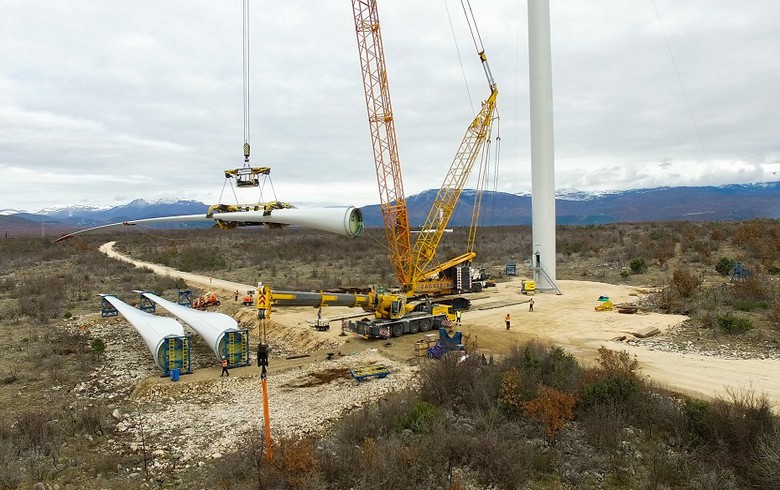 The wind farm, located in Ljubac, features nine turbines that will produce 96 GWh of electricity per year, equivalent to the consumption of 30,000 households, Petrol said in a statement on Wednesday.

Nordex is the supplier of wind turbines for the Ljubac wind farm, Petrol's first project in the field of wind energy production carried out without financial support or subsidies, the company said.

"Petrol will supply the electricity produced from this wind farm under market conditions through its infrastructure," Borut Bizjak, director for renewable energy at Petrol said.

In 2017, Petrol launched its first wind farm in Croatia, near Sibenik, which consists of nine turbines of 2.3 MW capacity each.