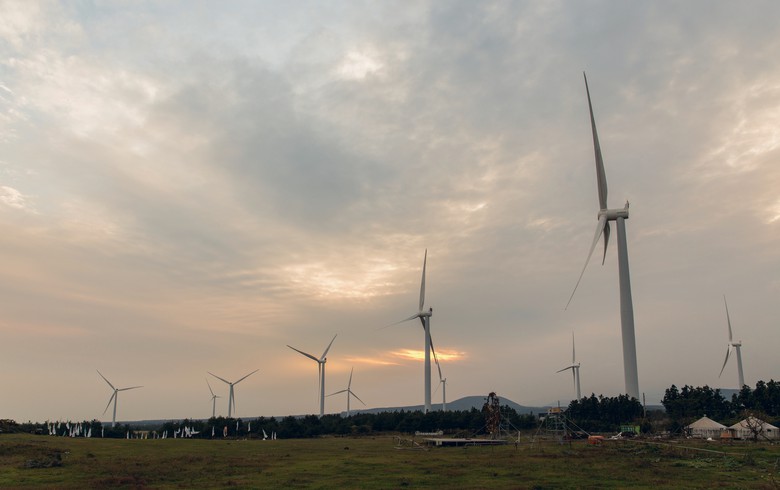 May 17 (Renewables Now) - Current policies in South Korea fall short on not only reaching the country’s goal for achieving carbon neutrality by 2050 but also its “highly insufficient” 2030 emissions target, the Korea Advanced Institute of Science and Technology (KAIST) and Solutions for Our Climate (SFOC) have found in the first modelling study analysing greenhouse gas reduction pathways in Korea across all major sectors of the economy.

Nevertheless, the country falls behind OECD countries including the UK, the US, Japan, and Germany to announce domestic greenhouse gas emissions cuts. In contrast to Korea, which submitted an NDC of 24.4% emissions cut below 2017 levels by 2030 last December, neighbouring country Japan pledged to slash emissions by 46% to 50% below 2013 levels at the Leaders Summit on Climate last month. As host of the Partnering for Green Growth and the Global Goals 2030 (P4G) Summit at the end of this month, Korea is being pressured to announce a stronger NDC, which would have to be at least 59% reduction below 2017 levels by 2030 to be 1.5 degrees Celsius-compatible.

"Under the current policy, South Korea will undoubtedly fail to achieve carbon neutrality by 2050," said Jiyong Eom, an assistant professor at KAIST’s Graduate School of Green Growth and co-author of the report. He added: “Enhanced NDC, along with other policy measures including power sector decarbonisation, is urgently needed for carbon neutrality.”

The study, which compares three different scenarios current policies, current NDC target, 2050 carbon neutrality, finds that Korea’s current climate policies are insufficient to achieve not only the long-term goal of carbon neutrality by 2050 but also the nearer-term 2030 NDC target.

However, under current policies, including the 9th national power plan (2), emissions will linger at 709.1 MtCO2e in 2030 (3), much higher than the 536 MtCO2e emissions in 2030 required under the current NDC, which itself has been called “highly insufficient” and consistent with catastrophic warming scenarios. Even if Korea’s NDC target is achieved by 2030, by 2050, emissions will be at approximately 300 MtCO2e, only down by 60% from today’s emissions, recklessly far from net-zero.

To reach carbon neutrality by 2050, power demand in 2050 would increase by 80% from present levels, while the greenhouse gas emissions from the sector must decrease by 30% and by 90% by 2030 and 2050, respectively. Kyungrak Kwon, SFOC’s renewables program director, “In order to prevent further emissions due to the increased electricity demand from electrification, expedited coal phase-out and expanded renewables roll-out will be absolutely critical.”

The findings reveal that coal power generation must virtually end by 2030, with less than 10% of total power generated by coal by then. Renewable energy, on the other hand, should grow by seven-fold from 2020 and by about 20-fold in 2050, which requires incentives for flexible resources that can address the variability of renewables.

An early exit from coal-fired power generation and broader use of renewable energy will drive down the carbon intensity of the power sector quickly. The end-use energy sector will be critical in achieving carbon neutrality by 2050 as it makes up 58% of Korea’s total GHG emissions as of 2017.

The researchers at KAIST and SFOC concluded: “This report clearly reveals that if its current policy or NDC is maintained, South Korea will fail to achieve carbon neutrality by 2050.” They added, “In addition to strengthening the NDC, Korea needs to introduce various policy measures such as carbon pricing and emissions regulation in the transportation sector, while also significantly expanding renewable energy and retiring coal power earlier than scheduled."

Solutions for Our Climate (SFOC) is a South Korea-based group that advocates for stronger climate policies and reforms in power regulations. SFOC is led by legal, economic, financial, and environmental experts with experience in energy and climate policy and works closely with policymakers.

(1) GCAM-KAIST 1.0 is a model based on the Global Change Analysis Model (GCAM), an integrated evaluation model developed by Pacific Northwest National Laboratory (PNNL) in the United States. GCAM is widely used, including for the International Panel on Climate Change (IPCC) reports. Unlike previous studies limited to greenhouse gas reduction scenarios by individual sector, GCAM-KAIST 1.0 is the first Korean GCAM model which reflects the interactions of those different sectors that make up the country’s general economy.

Solutions for Our Climate (SFOC) is a South Korea-based group that advocates for stronger climate policies and reforms in power regulations.