Ørsted, CIP team up to develop 5.2 GW of wind in Danish seas The companies have teamed up in a 50/50 partnership to progress four large-scale projects, two in the North Sea -- Vikinge Banke of 1.1 GW and Jyske Banke Nord of 1.1 GW, and two in the Baltic Sea -- Bornholm Bassin Syd of 1.5 GW and Bornholm Basin Øst of 1.5 GW. The partnership needs merger clearance, which is anticipated by the end of the year. 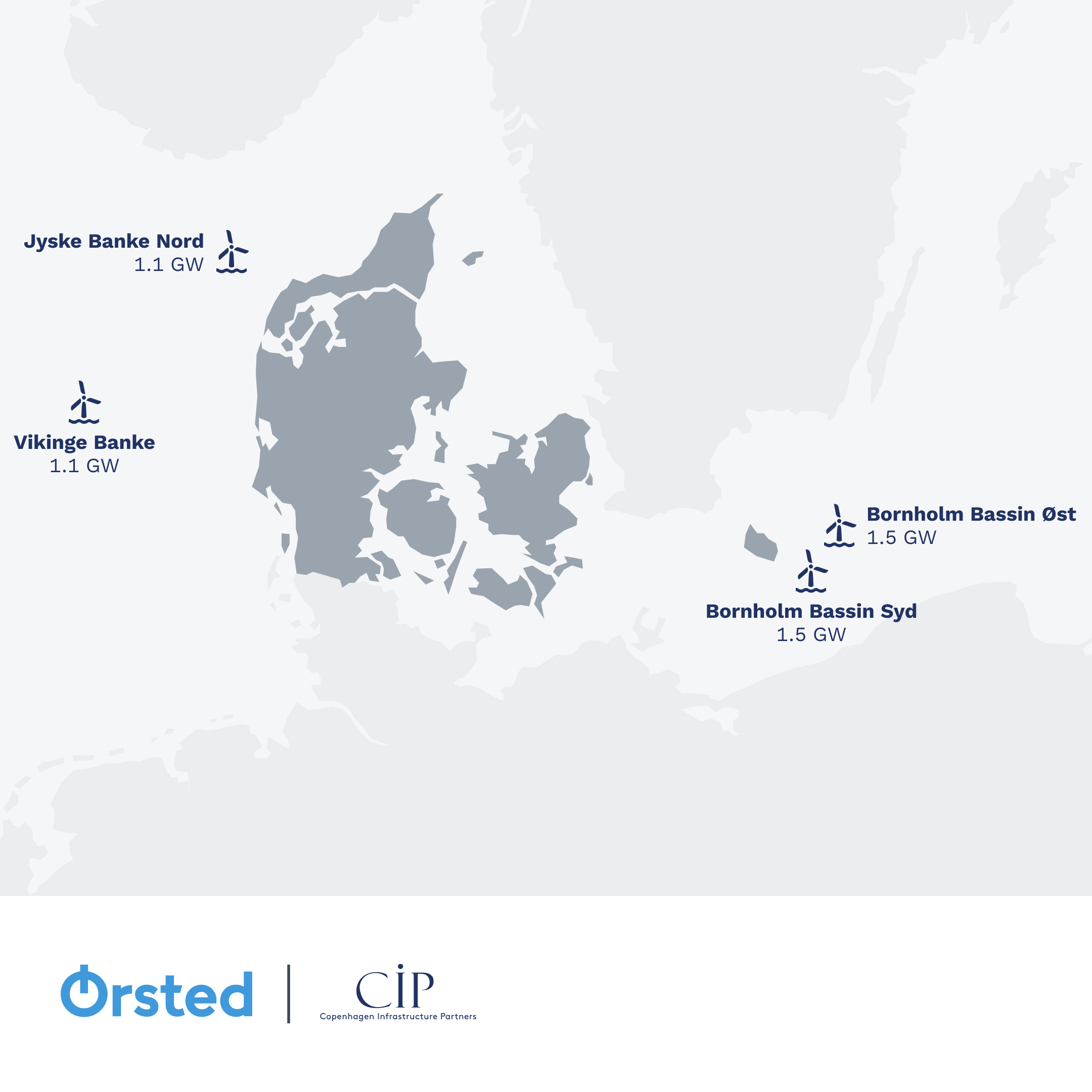 The projects would be developed under Denmark’s open-door scheme without taxpayer support, the partners said today. In Denmark, an offshore wind farm can be installed under a tender process run by the Danish Energy Agency or an open-door procedure, where a developer files an unsolicited application to conduct preliminary investigations in a given area. Developers of open-door projects also pay for the grid connection.

The four projects, targeted to generate power in 2027/2028, are expected to contribute to Denmark's and Europe’s green transformation, harnessing Denmark’s offshore wind resources to deliver much-needed green energy at a time of climate and geopolitical challenges. The partners expect that they can create a Danish “Power-to-X stronghold.” Using the power directly for Power-to-X could lead to the establishment of regional centres for large-scale production of renewable hydrogen or green fuels, the companies say. The green hydrogen could then be injected into the international hydrogen infrastructure that is being considered in Northern Europe.

The project will also support growth and job creation in Denmark, the companies said. Together with projects in the government tenders, they will provide increased visibility and volume for the offshore wind industry.