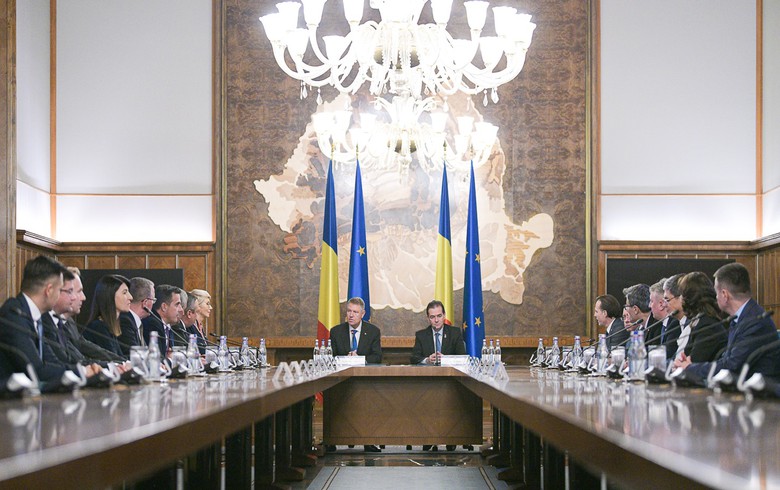 BUCHAREST (Romania), November 6 (SeeNews) - Romania's new government of the National Liberal Party (PNL) will have a complicated mission to meet the 2019 budget target and to draft the 2020 budget draft as it needs to raise funding to cover due payments, president Klaus Iohannis said on Wednesday.

"The new government has a lot of work ahead. I have learnt from some ministers that the situation they found in their ministries is very bad.
We know that the Social Democrat (PSD) government has spent the public finances and now we need to see how we can cover overdue payments. It will be very difficult to close the budget and to elaborate the budget for next year based on what the finance minister told me," Iohannis said during the first meeting of the new government instated on Monday. Part of the meeting was broadcast by local TV station Digi 24.

According to prime minister Ludovic Orban, one of the government's priorities is to amend the 2019 budget in order to cover arrears, and to start drafting the 2020 budget.

"We have been notified by the local authorities that they lack the resources to make all due payments," Orban said, adding that outstanding payments under the country's local development programme add up to 5 billion lei ($1.2 billion/1.05 billion euro).

On Tuesday, the prime minister's economic adviser said that the government aims to list three of the biggest state-owned enterprises (SOEs) on the Bucharest Stock Exchange and scrap the sovereign investment fund established by the previous, leftist, government. The government also plans to scrap the additonal taxes on banks, energy and telecommunication companies enforced in December 2018. Also, it plans to remove a tax on special construction works and the excise duty on fuel, and to liberalize the energy market.