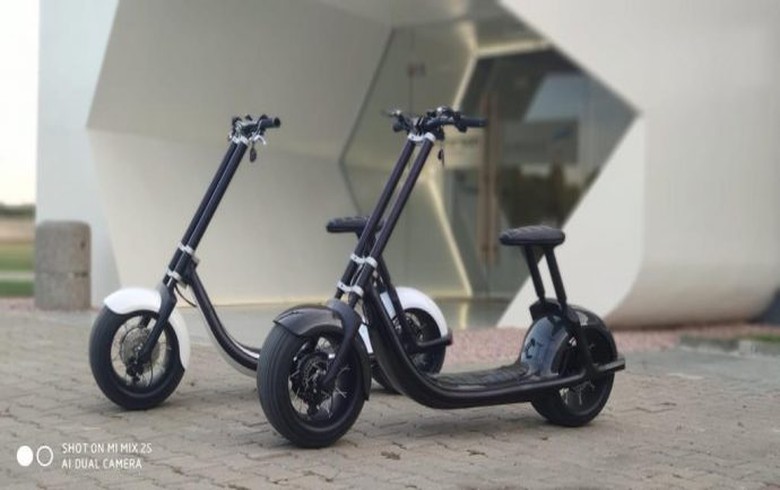 The projects financed by EximBank focus on diversification and development of the industrial business by integrating a new production facility for electric scooters as well as in agriculture by extending the fruit growing activity, EximBank said in a statement earlier this week.

The group is active in the industrial field as one of the largest manufacturers of aerospace industry components in Southeast Europe, in agriculture - as producer of cereals and fruits, and in energy - as producer of electricity from renewable sources. The Arad-based Arsat Group was established in 1991 by Valer Ghinea, having as main activity the manufacturing of satellite dishes.

"We continue to innovate as we persist in our business principles and go on with our development, so it comes natural to expand in a domain that we consider as successful in the future – manufacturing electric scooters," Ghinea said in the press release.

"The first step was investing in a start-up – Scooterson – we are in market testing stage and our first electric scooters will be produced in our premises in Pecica and distributed for starters in United States of America.  It is therefore important to us to continue our investment program and we are delighted to have found in EximBank a partner that trust in us and in our endeavors," he added.

EximBank executive president Traian Halalai noted that cooperation with Arsat is very special for the bank because it involves a partner that may stand for a real family business model at any time.

"Starting in the golden era of Romanian entrepreneurship – 1991, Arsat is now proving that good ideas may turn to profitable business anytime and a small manufacturer of satellite dishes – as it was at the beginning - may become in time a significant regional player," Halalai said.

The agreement between the two parties also aims at supporting the implementation of projects funded by European Union, as Arsat has a proven record of almost 40 projects implemented along the years reaching an aggregated value of almost 44 million euro ($49 million), the . Projects targeted mainly at technology acquisitions in order to increase the company’s competitive level on Romanian and international markets.