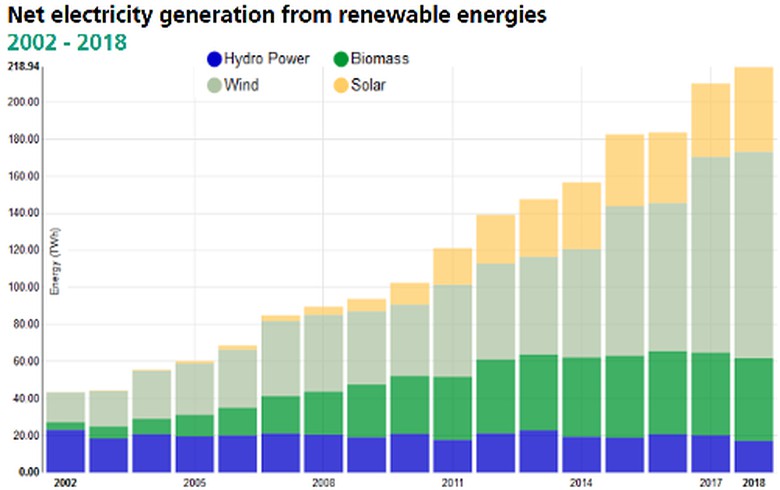 According to analysis compiled by the Fraunhofer Institute for Solar Energy Systems ISE, Germany’s renewable power plants had a combined output of about 219 TWh in 2018, or 4.3% more than in the previous year. Generation from coal and gas, meanwhile, dropped, as did hydropower due to the extremely dry summer season.

From April through August 2018, solar power generation per month exceed that of hard coal power plants.

The table shows where public power supply in Germany came from in the past year.

In terms of exports and imports, the country had an export surplus of 45.6 TWh, decreasing from 52.5 TWh in 2017, and sold 19.2 TWh of the total to the Netherlands. Power imports came from France and amounted to 8.3 TWh.