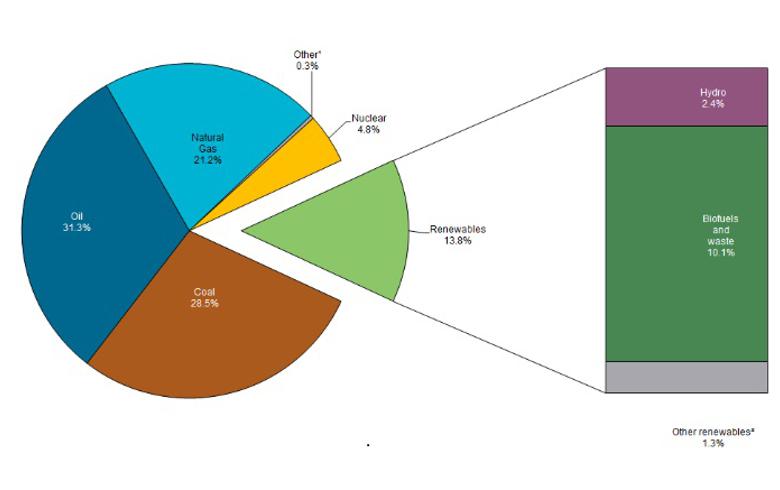 Renewable energy has grown at an average annual rate of 2.2% since 1990, compared to 1.9% growth for TPES. While annual growth rates in the period have been especially strong for photovoltaic (PV) and wind power, at 46.2% and 24.3% respectively, hydro and solid biofuels remain the most used form of renewable energy.

Due to use of solid biomass such as wood by households, non-OECD countries account for around three fourths of renewables consumption. This means almost 50% of all energy in Africa is renewable, while the share in Asia, excluding China, is 25.3% and in non-OECD Americas -- 28.8%. In OECD countries, it is only 9.4%.

Renewables are now the second largest source of global electricity production, IEA said. In 2014, renewables accounted for 22.3% of world generation, following coal which had a 40.7% share, and coming in ahead of gas with 21.6%, nuclear with 10.6% and oil with 4.3%.