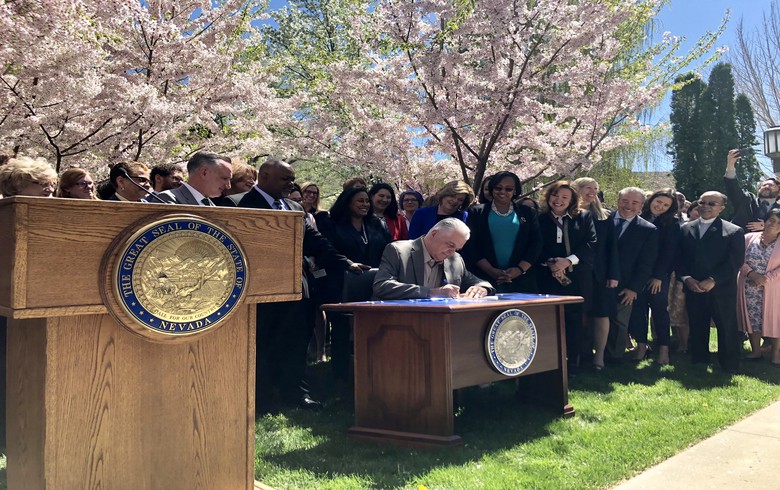 April 23 (Renewables Now) - Nevada Governor Steve Sisolak on Monday signed into law a bill that requires the state to get 50% of its electricity supply from renewable energy sources by 2030.

Senate Bill 358 doubles the Silver State’s renewable portfolio standard (RPS) from the current target of 25%. The bill was sponsored by Senator Chris Brooks and was passed with unanimous support from State Assembly and Senate -- both chambers of the Nevada Legislature. It also sets a goal for the state to use 100% carbon-free electricity by 2050.

In his signing address, Governor Sisolak pointed out that Nevada now ranks among the states with the highest RPS in the country, a move that is seen to help it cut its greenhouse gas emissions and create new jobs. Citing estimates by the National Research Data Centre (NRDC), meeting the new RPS target would mean that Nevada will boost clean energy employment by an additional 11,170 full-time jobs by 2030, from the 32,000 at end-2018, and generate USD 539 million (EUR 479.2m) in wages and USD 1.5 billion in economic activity.

Hailing the news, the Solar Energy Industries Association (SEIA) said: "Nevada has long been a leader in solar, and the approval of Senate Bill 358 again puts the state at the forefront of our country’s clean energy transition.”