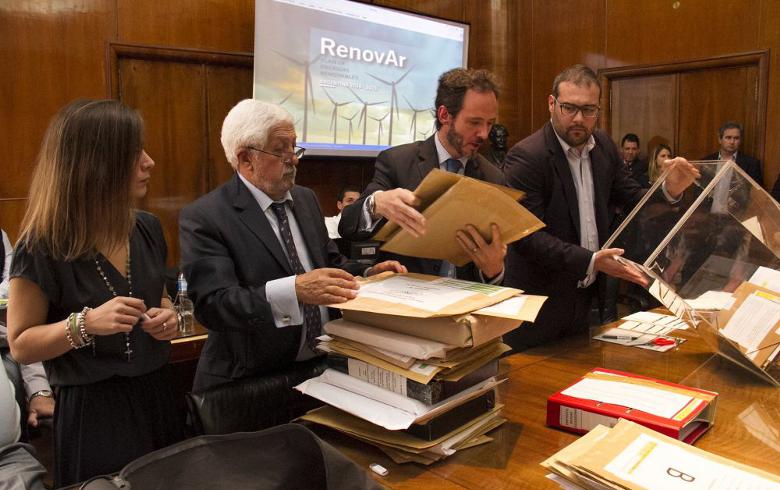 October 3 (SeeNews) - The first review of economic bids in Argentina’s 1-GW renewable energy tender shows that wind and solar offers have fallen to as low as USD 49 (EUR 43.7) per MWh and USD 59 per MWh, respectively.

Of the 123 bids announced in September, 105 remained in competition while the rest have been disqualified in the technical review. The remaining bids include 42 for 2,870 MW of wind power capacity, and 50 for 2,305 MW of solar power, as well as proposals for 23 MW of biomass and biogas, and 11 MW of small hydro, the energy ministry in Argentina said on Friday.

The average rate for wind power in the auction stood at USD 69.5/MWh, while for solar power it was of USD 76.2/MWh, national news agency Telam said. Sebastian Kind, undersecretary of Renewable Energy, was cited as saying that the next green energy tenders, preparations for which have already started according to a recent statement by President Mauricio Macri, could bring even lower energy prices for Argentina.

The winners in the current tender will be announced on October 7 and the power purchase contracts for up to 20 years will be signed in the following weeks. All projects are to be completed before the end of 2018.