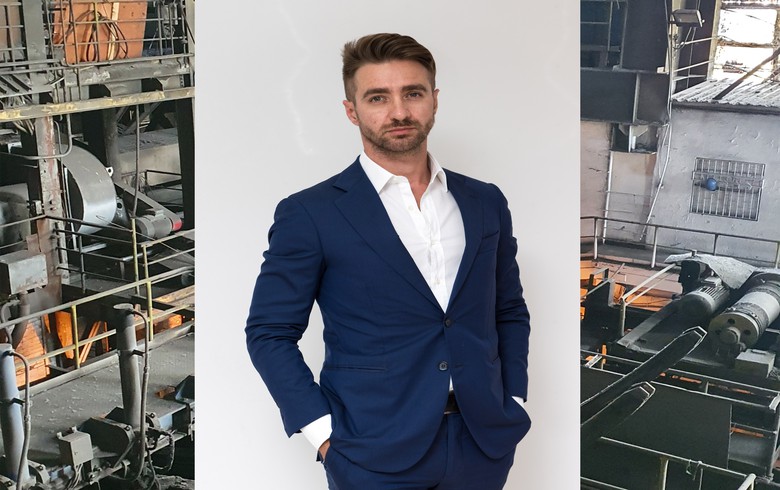 BUCHAREST (Romania), June 23 (SeeNews) - Italian steel bars and special steels manufacturer AFV Beltrame Group said on Thursday that it plans to invest 200 million euro ($210 million) to upgrade the recently-acquired Targoviste special steel plant, COS Targoviste, in Romania and to build a photovoltaic park with an installed capacity of 100-120 MW.

Beltrame Group started the production of rebar at COS Targoviste, becoming the only full-cycle rebar producer in Romania and supplying about half of the domestic needs in the construction sector, it said in a press release.

Over the next five years, around 100 million euro will be invested in modernising the machinery and 80% of the budget will be allocated to the purchase of technologies to reduce carbon emissions, increase energy efficiency and move towards a circular economy by reusing resources and minimising waste, the company said.

By the fifth year of the investment, around 1,000 jobs will be created.

"The restart of domestic production of rebar, an essential sector of the steel industry, is an important step towards Romania's re-industrialisation and will provide the country with a breath of oxygen in the crisis of construction materials caused by the pandemic and the conflict in Ukraine," AFV Beltrame Group business development Carlo Beltrame said.

In order to relaunch the activity at the plant, Beltrame Group has so far hired about 300 employees, and by the end of July it intends to have 450 employees. In the first phase of the project, about 10,000 tonnes of rebar per month will leave the Targoviste mill, and in 2023 the production capacity will increase to about 30,000 tonnes per month, meaning more than 300,000 tonnes per year.

Thus, the plant will supply Romania with about half of its domestic needs of rebar for construction, which is around 600,000 - 700,000 tonnes per year. At present, Romania imports all of this material from countries such as Bulgaria and Turkey.

Beltrame Group also said it plans to invest 100 million euro to build a photovoltaic park with an installed capacity of 100-120 MW and an energy storage system, which will supply the production units.

In addition to the commissioning of the former steel mill, Beltrame is in the final stages of authorising a green rebar and wire rod plant, which will also be built on the Targoviste site. With the completion of this green plant, expected in 2024, the total production capacity of Donalam Targoviste will be around 700,000 - 800,000 tonnes of rebar and wire rod annually. In the construction sector, total domestic consumption of rebar and wire is around 1.5 million tonnes per year. The company first announced the project for the new green plant in July 2021, astimating an investment of 300 million euro in the project.

For 2022, the Beltrame Group estimates a turnover of around 140 million euro in Romania, a similar level to 2021.

Beltrame Group completed the acquisition of COS Targoviste in March.

The group is present in Romania through Donalam, which was established in 2007, following the acquisition of the Siderca hot rolling mill in Calarasi.

Beltrame was founded in 1896 and manufactures steel products for use in construction, shipbuilding and excavation, with commercial activities in over 40 countries. It operates six plants in Italy, France, Switzerland and Romania, which employ a total 2,000 and manufacture 2 million tonnes of steel produced annually.