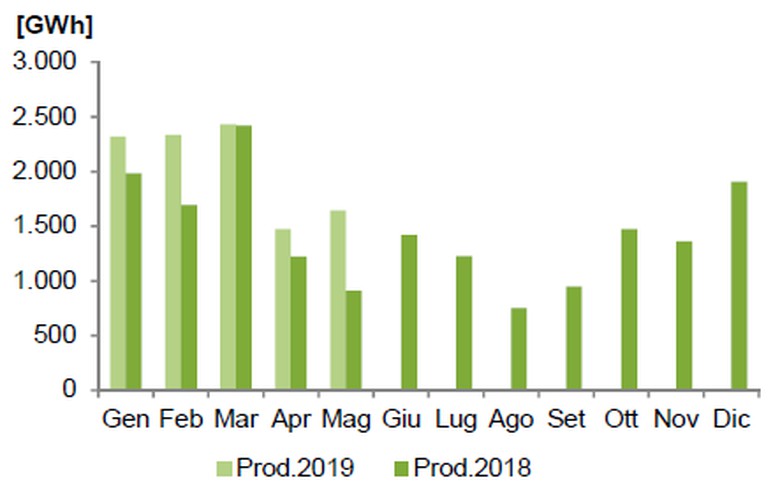 When hydropower plants are added to the calculation, that share rises to 34.7%, according to data by power grid operator Terna SpA (BIT:TRN).

Solar and wind power plants produced 19,824 GWh of power in January-May 2019, as compared to 16,868 GWh a year earlier. Wind power generation rose by 24% and Italy’s five-month solar power output was up by 11.3%. Biomass and geothermal power generation remained stable at 7,323 GWh and 2,379 GWh, respectively.  The table below contains details.

In the month of May alone, renewables accounted for 42% of power generation in Italy. There was an 81.3% year-on-year jump in wind power generation, but a 29% fall in hydropower.