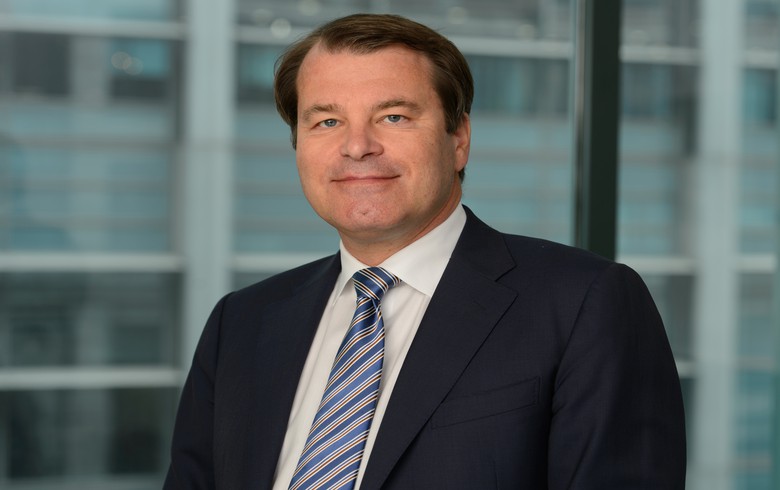 TIRANA (Albania), September 9 (SeeNews) - Albania should use the Covid-19 crisis as an opportunity for rebuilding a greener, more inclusive and digitalised economy, a senior European Bank for Reconstruction and Development (EBRD) official told SeeNews.

“We are very much committed to play a big role in these three areas,” EBRD first vice-president Jurgen Rigterink said in an interview with SeeNews on the occasion of his visit to Albania on September 8-9.

The green economy transition has be accelerated in order to deliver better environmental and living standards to citizens as well as to strengthen Albania's economic competitiveness, Rigterink highlighted.

“The availability of green sources of power will become an increasingly important factor for investors when deciding where to locate manufacturing facilities,” he noted.

Energy is one of the bank’s priority sectors in Albania, the EBRD first vice-president said, adding that the focus is on the diversification of the green energy sources.

“We look forward also to the completion of the first auction for wind power that was launched in June with our advisory support,” Rigterink went on to say. He also stressed that the EBRD is committed to finance and support implementation of future solar and wind energy projects in Albania and will also continue supporting the state-owned power and energy enterprises to modernize their infrastructure and improve governance.

Rigterink said that the EBRD remains committed to supporting the additional penetration of more large-scale renewables in Albania, particularly diversifying in wind and solar both under the auctions scheme as well as through private and commercial power purchase agreements or going forward on fully merchant basis.

“We are also keen to support improvements and digitalization of infrastructure in the sector (eg distribution and transmission network) to support further integration of renewables and regional market coupling/development.”

Rigterink also said that Albania can be competitive in sustainable tourism and agriculture sectors if supported by the right policies and infrastructure development.

“We are working on increasing our support in these two sectors. In 2020 we signed a flagship 60 million euro ($71 million) Albanian Infrastructure and Tourism enabling facility to finance vital municipal infrastructure and other tourism-enabling projects throughout the country."

The EBRD first vice-president noted that green transport infrastructure is vital for the competitiveness of the Albanian economy, adding that the government has already identified the “severe lack of investments in the railway sector” as a major obstacle for the country’s economic development and regional and European integration.

“With the support of the EBRD, EU and other institutional partners, the government is currently implementing and preparing important investment projects to revive the rail sector as a more sustainable, cleaner and safer means of transport and bring it to the level of other more developed railways in the region,” Rigterink said.

The EBRD is financing a project for the overhaul of over 34 km of the existing railway track between the capital Tirana and the port of Durres as well as the construction of a new 5 km-long rail track connecting Tirana city to Tirana International Airport. The project is supported by a 36.9 million euro EBRD loan and an European Union investment grant of up to 35.5 million euro under its connectivity agenda for the Western Balkans, according to information published on the bank’s website.

Rigterink also said that the EBRD will continue to focus on supporting Albanian private sector both directly and via its risk-sharing programs with the local partner banks as well as via its Advice for Small Business programme.

“In this respect, combating informality and levelling the playing field for private companies are probably among the most important actions for the government to take, including a simplified tax system and procedures, strengthened capacities in the public administration, further support and incentives for micro, small and medium-sized enterprises to formalise their activities, contributing to a better business environment.”

As Albania is faced with a new wave of Covid-19, Rigterink urged local authorities to prepare a renewed reform agenda in order to achieve a sustainable economic recovery. Key measures, he said, should include fiscal reforms to ensure long-term public debt sustainability, further easing of the business environment by strengthening the regulatory, institutional and rule of law framework, addressing inequalities further exacerbated by the crisis, and improving the infrastructure network, including via energy diversification.

“A successful reform agenda would also help Albania attract investors and reap the benefits of the ongoing on-shoring by large multinationals, many of which are looking to expand regional supply chains,” Rigterink explained, adding that this is “an exciting opportunity for Albania to diversify its economic and export structure.”

Regarding the EU integration perspective of the Western Balkans, Rigterink noted that the EBRD supports the efforts of the countries in the region in building closer ties with the EU. "As regards Albania, we signed last year with the government a special MoU on the Bank’s assistance in its work on the EU reform agenda. We are committed to supporting the government in this work,” Rigterink said.

Albania has been an EU candidate country since June 2014.