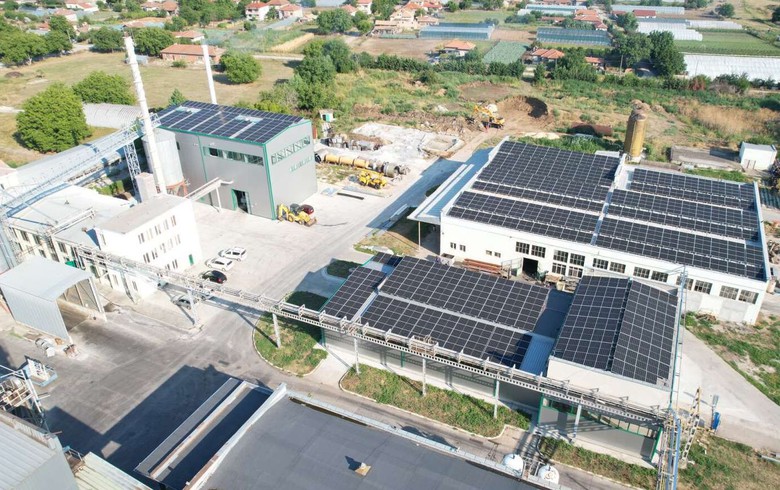 Astra Bioplant invested over 660,000 levs ($338,335/337,450 euro) from its own funds in the installation, which is located at the production plant in Slivo Pole near the city of Ruse and has a nameplate capacity of 505 kWp, Minchev told SeeNews in an e-mailed interview on Monday.

Since August 3 the solar installation has been operating in a trial mode, covering some 10% of the plant's electricity needs for that month, Minchev added.

In early 2023, Astra Bioplant plans to start a project for expansion of the solar installation to a capacity of 1,500 kWp, as well as add 2,000 kVA of battery energy storage. The solar module expansion is expected to take around seven months, or roughly the same time it took to complete the first section of the installation.

"The scale of our battery project and the size of the next stage investment will be finalised depending on the upcoming criteria for financing under Bulgaria's national Recovery and Resilience Plan (RRP)," Minchev said.

The second stage of the investment should allow the biodiesel producer to at least double the amount of power it generates through the solar photovoltaic module.

Investing in renewables is part of Astra Bioplant's environmental, social and corporate governance (ESG) strategy, which consists in efforts to reduce production footprint and lower carbon emissions, although at this stage energy needs cannot be entirely met by production from renewable sources, according to Minchev.

Astra Bioplant, which launched operations in 2009, has grown to include three more facilities which account for an aggregate annual production of some 360,000 tonnes of biodiesel. The business also makes distilled pharmaceutical-grade glycerin, rapeseed oils, acid oils and forages, and technical oils - feedstock for advanced biofuels, or biofuels with non-feed or food origin.

Bulmarket Group is active in the production, supply, storage and wholesale of energy products of mineral and non-mineral origin. It is also a private railway carrier, owns a river port and a terminal, which is connected to a common gas and product pipeline network, storage and service pumping stations. The group has other activities in Romania, Serbia and North Macedonia.