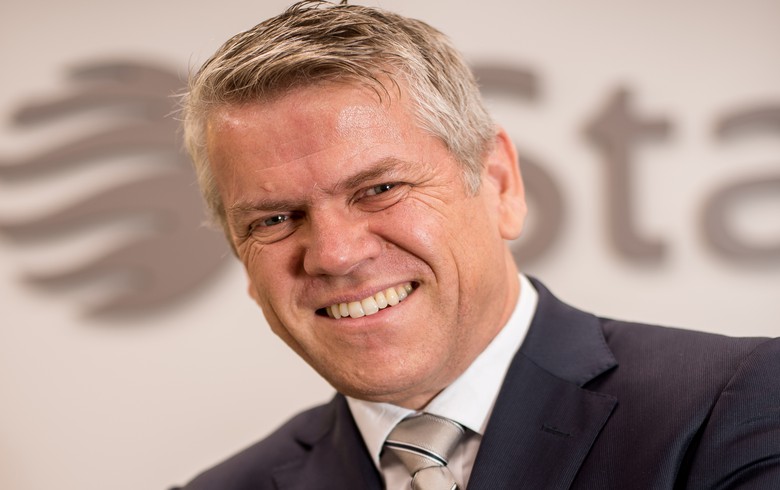 TIRANA (Albania), October 9 (SeeNews) – Statkraft is following with interest the process of deregulation of Albania's power market, which shall create a functioning fully liberalized energy market, a senior official of the Norway-based energy group told SeeNews.

“Some very important steps in the reform have already been taken and those have been fundamental for us. In particular, the change in the energy law in 2015 really opened for unrestricted export of energy out of Albania,” Tom Kristian Larsen, Statkraft country head for Albania, said in an interview with SeeNews on the sidelines of the Energy Expo & Forum 2018 fair held in Tirana last week.

State-owned Statkraft, a leading company in hydro power internationally and Europe’s largest generator of renewable energy, is present in Albania through Devoll Hydropower and the recently established Statkraft Renewables Albania.

Devoll Hydropower project includes two hydro power plants (HPPs) in the southeastern part of the country, Banja and Moglica. The first HPP is operational since 2016, whereas Moglica is under construction.

“The Moglica HPP project is progressing very well,” Larsen said, adding that it is nearly 80% completed and is expected to be fully operational by the end of 2019.

The investment in the two power plants totals around 590 million euro ($678 million). Moglice and Banja will have an installed capacity of 256 MW combined and a projected annual output of about 700 GWh, covering 14% of Albania's electricity needs.

In alignment with the new Statkraft’s strategy, power opportunities from renewable sources shall be evaluated, particularly focusing on solar and wind power, the company’s head for Albania said.

Statkraft has recently established Statkraft Renewables Albania, an independent company that will help develop new projects in the country.

“Now we have taken the step to establish a new legal entity here in Albania to look at new opportunities and I think that’s quite an interesting sign from us to Albania because it shows that we are serious.”

Larsen explained that in the Western Balkans, particularly in Albania, there are still hydro projects in the pipeline.

"The Albanian government has some projects to place to various companies to develop. We are now in a phase when we will be looking to see if any of those projects can be feasible for us to build. And if they are and if we find the right fit with the government’s conditions maybe we can even look at more things on hydro power,” Larsen said.