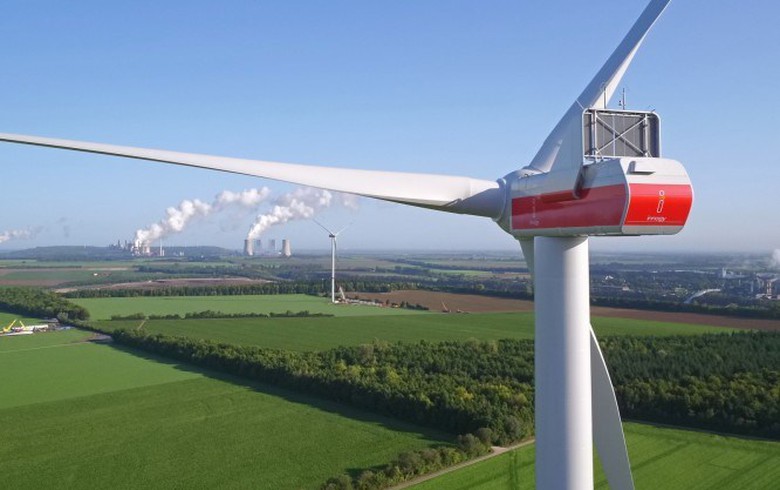 The renewables, grid and retail subsidiary of Germany’s RWE AG (ETR:RWE) expects an adjusted net income of over EUR 1.1 billion this year. The decline will be due to increased spending on business areas such as renewables, broadband and e-mobility, and a likely drop in positive extraordinary items from 2017.

A 2017 dividend of EUR 1.60 per share will be proposed in April, corresponding to a pay-out ratio of roughly 73% of adjusted net income.

On Sunday it was announced that an agreement in principle has been reached for the sale of RWE’s 76.8% stake in Innogy to E.on SE (ETR:EOAN) in a transaction involving a wide-ranging exchange of business activities and participations. “We will comment on the latest announcements by RWE AG and E.on SE in due course,” said Innogy CEO Uwe Tigges.

The table contains details on Innogy’s performance in 2017.

Last year, Innogy produced 11.3 billion kWh of power, up by 5% year-on-year. Renewables produced 10.2 billion kWh, including 74% from onshore and offshore wind farms, 24% from run-of-river hydropower stations, and 2% from biomass and solar. About 10% of Innogy’s generation was from conventional power plants.

Renewables adjusted EBIT was down because of the depreciation of the sterling compared to the euro, low precipitation levels and the absence of positive one-off effects from 2016. These factors were in part offset by the positive impact of higher electricity prices and the very high wind levels towards the end of 2017. The Renewables result is expected to be similar in 2018.

Adjusted EBIT at the Grid & Infrastructure unit was up by 14% mainly thanks to lower costs to operate and maintain innogy’s networks in Germany and cooler weather in Eastern Europe. The division is expected to achieve a lower result in 2018 because of the non-recurrence of positive extraordinary effects and the start of the new regulatory period for the German gas distribution network business.

The result before interest and tax at the Retail division was down by 5%. Adjusted EBIT in Retail is forecast to decrease further in 2018 as a result of higher spending on projects in e-mobility and digitisation initiatives, as well as lower extraordinary effects.

“We are driving forward the expansion of renewables, investing in future-proof infrastructure, and are already leading in the area of e-mobility. Every year we intend to invest a total of around EUR 2 to 2.5 billion on a net basis to ensure value-added growth in the future,” said CEO Uwe Tigges.

Between 2018 and 2020 Innogy has identified group-wide investment opportunities of up to EUR 10 billion on a gross basis for the Renewables, Grid & Infrastructure and Retail divisions. In addition, it is investing in solar, broadband and e-mobility. The company said it is ready to take advantage of partnership models, including selling shares in its projects. The latter approach may be used for the 860-MW Triton Knoll offshore wind project in the UK. At the presentation of the 2017 results, Tigges said Innogy is evaluating options for the project's ownership structure.

To compensate for the higher expenditure on growth projects, inflation-related cost increases, and negative margin effects in the retail business in particular, Innogy plans to reduce by some EUR 400 million, on a gross basis, its controllable costs by the end of the decade.