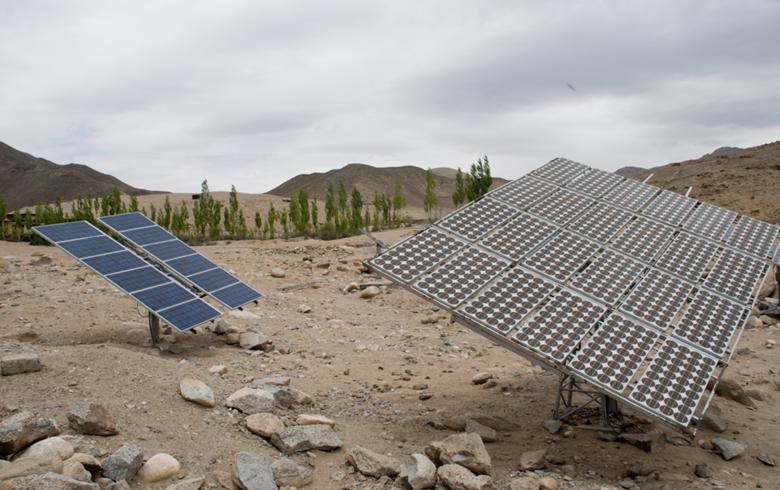 January 6 (SeeNews) - India’s cumulative installed solar power capacity is expected to grow by around 90% on the year and surpass the 18-GW milestone by the end of 2017, according to Bridge to India.

At present, the country has some 14 GW of utility-scale solar projects in the pipeline. The consultancy projected on Monday that 7.7 GW of them will be commissioned by end-2017. Rooftop photovoltaic (PV) systems of 1.1 GW in total, or 75% more than in 2016, are also due to start operating by then.

By adding a combined 8.8 GW of fresh solar capacity this year, India will rank as the third-biggest solar power market globally, following China and the US where demand is expected to gradually slow down. Regardless of growing curtailment and demonetization concerns, as well as policy uncertainty, solar is estimated to become the cheapest new source of power with tariffs below the critical INR 4.00 (USD 0.058/EUR 0.056) per kWh.

Despite the projected significant improvement in domestic demand, Indian sector players are still unsure when it comes to the country's own greenfield production capacity. “Notwithstanding the Indian government’s keenness to support domestic manufacturing as part of 'Make in India' campaign, the competitive dynamics are stacked against this sector,” says Bridge to India.