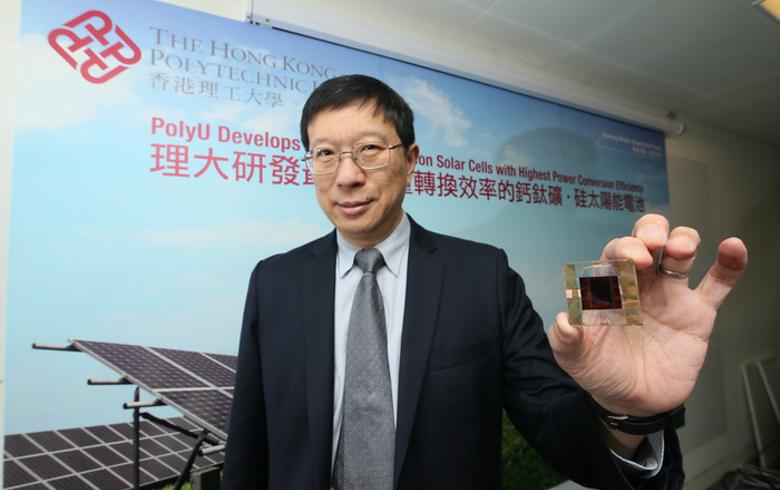 April 13 (SeeNews) - Researchers at the Hong Kong Polytechnic University (PolyU) have achieved 25.5% efficiency with a perovskite-silicon tandem solar cell, according to a press release on Tuesday.

In the tandem cell, a perovskite solar cell is placed on top so that it can harvest the short wavelength photons, while the bottom layer coated with silicon absorbs the long wavelength photons. To further increase the conversion efficiency, the research team has applied three innovative approaches, involving the use of low-temperature annealing, a tri-layer of molybdenum trioxide/gold/molybdenum trioxide, and a haze film.

The PolyU team believes that the cost of solar energy can drop to HKD 2.73 (USD 0.35/EUR 0.31) per watt thanks to that concept, as compared to HKD 3.9/W for silicon cells available in the market.

The PolyU research team will continue to work on further increasing the efficiency as well as the performance of large-scale fabrication of perovskite-silicon solar cells. 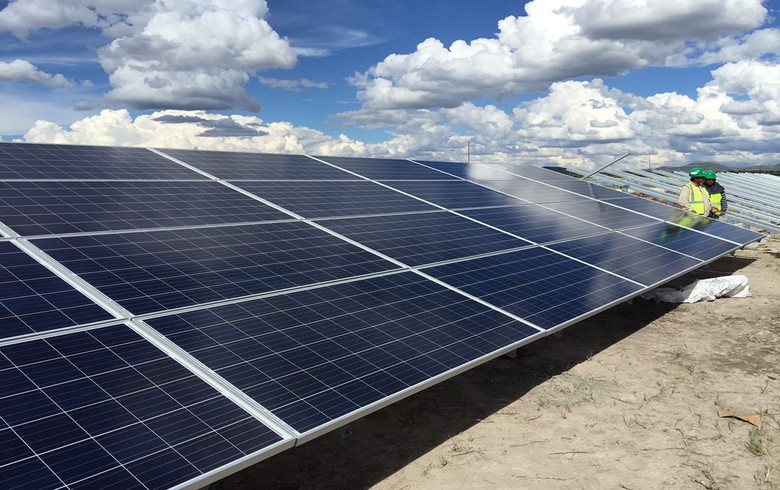