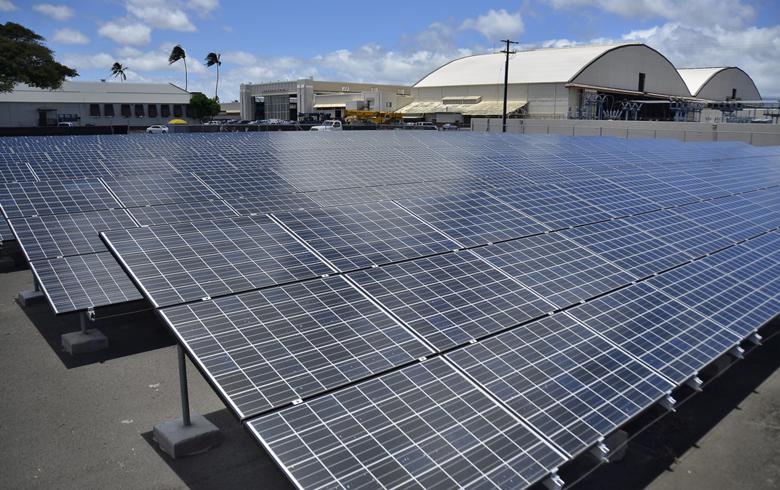 November 8 (Renewables Now) - Utility Hawaiian Electric will seek to achieve a 70% cut of carbon dioxide (CO2) emissions from power generation by 2030, from 2005 levels, and reach net zero or net negative carbon emissions by 2045 or sooner.

The company, part of Hawaiian Electric Industries Inc (NYSE: HE), said on Friday that the new goal covers the power production of its own plants and the one procured from independent power producers.

In line with the 2030 target, Hawaiian Electric aims to phase out all coal-fired power capacity in 2022 and install close to 50,000 rooftop photovoltaic (PV) arrays and deploy at least 1 GW of renewable energy capacity, including community-based solar projects. Additionally, it intends to shut down at least six fossil fuel plants and “significantly” cut the use of other lignite facilities. The plan also envisages the wider use of grid-scale and customer-owned energy storage systems and an expansion of geothermal power generation.

"The 2030 goal is a stretch for us, but we have to commit to bold actions in the next few years if we're to have any hope of stalling climate change,” said president and CEO Scott Seu.

By 2030, Hawaiian Electric's renewable portfolio standard will surpass 70%, with renewable resources set to account for almost 100% of the electricity generated on Hawai'i Island and in Maui County.