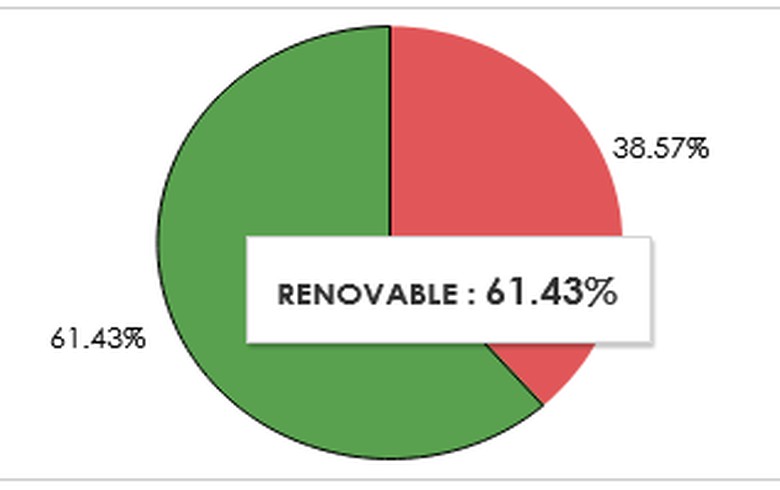 April 11 (Renewables Now) - Renewables had a 61.43% share of total electricity generation in Guatemala during the month of March, according to a monthly report by the country’s National Electric Energy Commission (CNEE).

The March figures were lower compared to those in February and January this year, when renewables accounted for 68.59% and 73.43% of power production, respectively.

Biomass represented 33.94% of the March power mix, beating coal’s 28.94% share and becoming Guatemala’s primary source of electricity during the month. Hydropower ranked third in March with 19.55%, while wind and solar had a share of 3.87% and 1.78%, respectively.

All sources together, along with the interconnection with Mexico, produced 1,119.9 GWh.