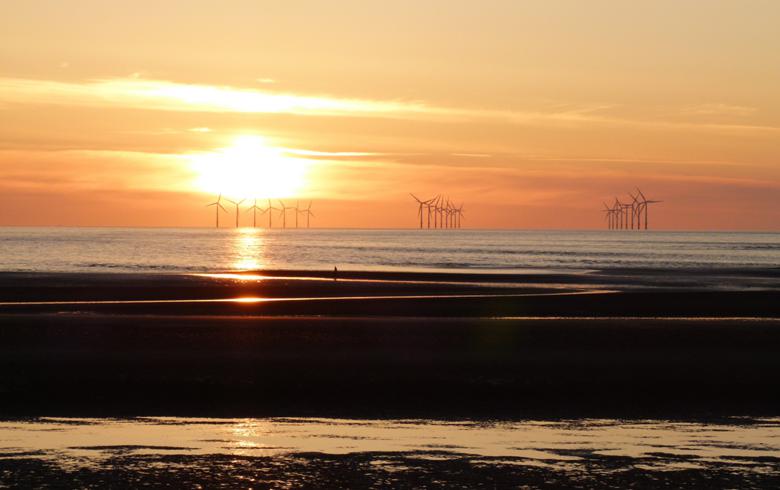 The renewable infrastructure fund, which is managed by Greencoat Capital LLP, is partnering with several pension funds investing through Greencoat Renewable Income LP. The proposed transaction will give it a net interest of 15.7% in the offshore wind project in return for some GBP 250 million (USD 341.6m/EUR 294.2m), including cash and working capital.

The stake will be acquired from independent investment manager AIP. The latter's pension fund PKA and Kirkbi A/S each bought 25% stakes in the project back in 2016. Danish energy major Ørsted is the developer and 50%-owner of the Burbo Bank Extension.

The deal’s closing is scheduled for November 30.

Located four miles off The Wirral peninsula in North West England, Burbo Bank Extension has been generating electricity since July 2017. The wind farm, equipped with 32 Vestas V164 8.13MW turbines, is operating under a contract for difference (CFD) priced at GBP 176.57/MWh and running through March 31, 2032. Ørsted will continue to take care of the wind farm’s operation and maintenance.

Greencoat UK Wind intends to fund its portion of the acquisition through its revolving credit facility, cashflow and proceeds it will seek to get via a new equity sale. The fundraising will involve a placing, open offer, intermediaries offer and offer for subscription. Under the plan, subject to shareholder approval, new ordinary shares will be issued at GBP 1.32 apiece. The open offer will be for up to 151.99 million shares for a total amount of up to GBP 200 million.

In addition to the Burbo Bank Extension deal, the equity raising will help Greencoat UK Wind repay amounts drawn under an existing debt facility and fund “an attractive pipeline of investment opportunities.”

Once the acquisition is finalised, the UK fund will have invested in 41 wind farms with a combined capacity of over 1.3 GW, it noted.