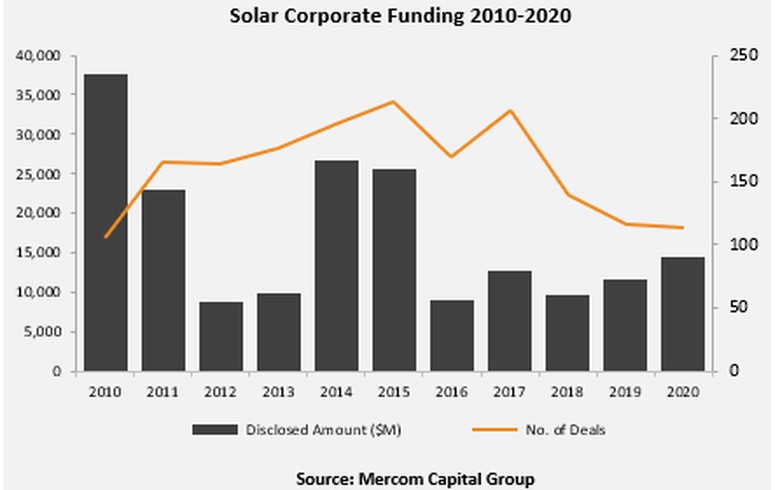 January 12 (Renewables Now) - Corporate funding in the solar sector around the world rose by 24% year-on-year to USD 14.5 billion (EUR 11.9bn) in 2020, which proved to be "an unprecedented year” for publicly-traded solar firms according to the head of Mercom Capital Group.

“The solar ETF was up 225%, with 15 solar stocks up over 100% in 2020. Public market funding was also up with the help of several IPOs, and debt financing was up on the back of securitization deals,” CEO Raj Prabhu said, adding that solar asset purchases were at an all-time high.

Debt financing increased by 6.4% to USD 8.3 billion, including eight securitisation deals for a record total of USD 2.2 billion.

Last year, there were 62 merger and acquisition (M&A) deals compared to 65 in 2019 and most concerned the downstream segment. The most notable such deal was Sunrun’s USD-3.2-billion all-stock acquisition of Vivint Solar.

In total, 39.5 GW of large-scale solar projects got new owners last year compared to 26.1 GW in 2019, marking a record year in this regard. 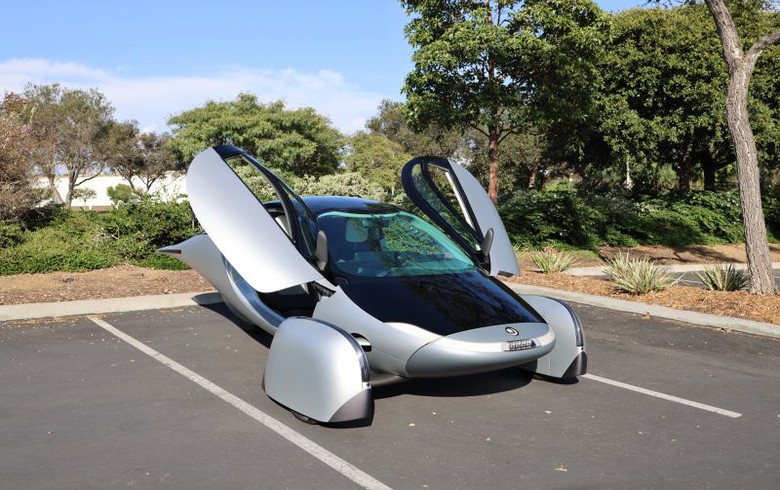