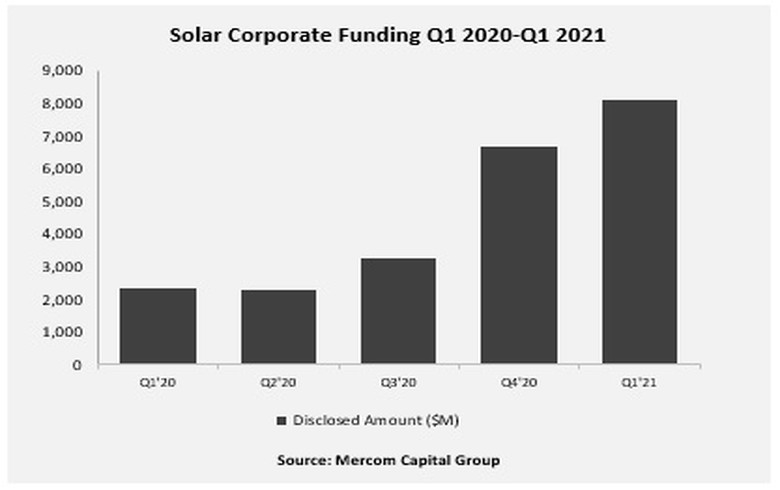 "Even though solar stocks lost some of their spark in the first quarter after an unprecedented run in 2020, a big IPO and record securitisation activity lifted overall fundraising totals," Mercom chief executive Raj Prabhu said on Tuesday.

The USD 2.2 billion raised by Shoals Technologies Group Inc (NASDAQ:SHLS), the US provider of electrical balance of system (EBOS) products for solar, battery storage and electric vehicle (EV) charging infrastructure, in an initial public offering (IPO) was the top corporate funded deal in the quarter.

The period also saw five securitisation deals worth a total of USD 1.4 billion, the highest for this type of financing since 2013, Mercom said.

Prabhu said that there is continued strong demand for solar assets as 14.6 GW of projects were acquired in the quarter. There were 82 large-scale solar project acquisitions, compared to 83 deals in the final quarter of 2020.

The number of merger and acquisition (M&A) deals in the sector was 20, compared to 12 in the first quarter of 2020.