Germany's Schaeffler to open testing centre in Romania's Brasov in 2019 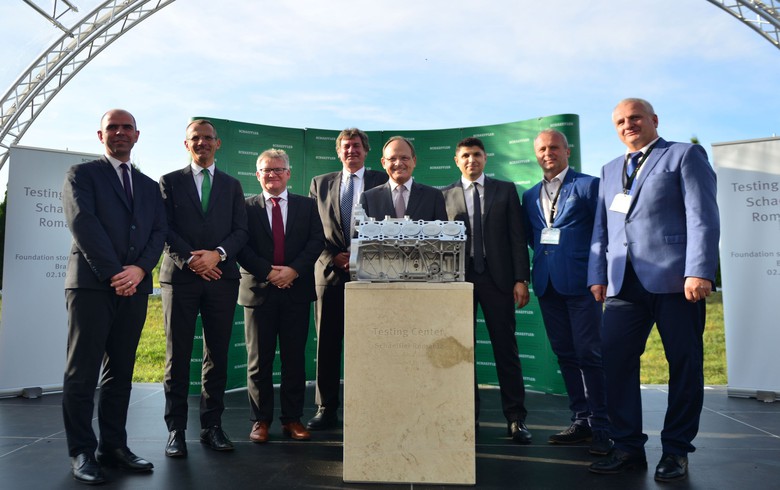 BUCHAREST (Romania), October 4 (SeeNews) – German bearings manufacturer Schaeffler said that will open a testing center in the city of Brasov, in central Romania, next year.

Approximately 160 engineers will work in the 8,000 sq m testing centre, Schaeffler said in a press release on Wednesday.

The new testing facility will support the activity of Schaeffler's existing factory in Cristian commune, near Brasov, and that of its engineering centre located in the same area.

Through the new testing centre, Schaeffler Romania will add a new important activity to the product validation process, thus increasing the maturity of the product development process considerably, the company noted.

"I am confident that the entire R&D team will successfully participate, together with German collaborators, in testing and developing new products that will ensure the company's business of tomorrow. It is not an easy work, but with the passion and commitment they have shown so far, I am convinced that they will keep Schaeffler Romania at the highest level," Schaeffler Romania director, Sorin Poteras, said.

Schaeffler started operations in Romania in 2002 and currently runs a factory in Cristian which employs 4,500 and an engineering centre employing 200 in the same location.

Schaeffler's factory in Romania represents one of the German group's largest investments in production facilities, exceeding 500 million euro ($578 million) in its 14 years of activity. The factory delivers parts to large producers in the automotive industry and the wind power sector.

Schaeffler Group, is a manufacturer of rolling element bearings for automotive, aerospace and industrial uses present in 50 countries with 170 production sites and research centres.