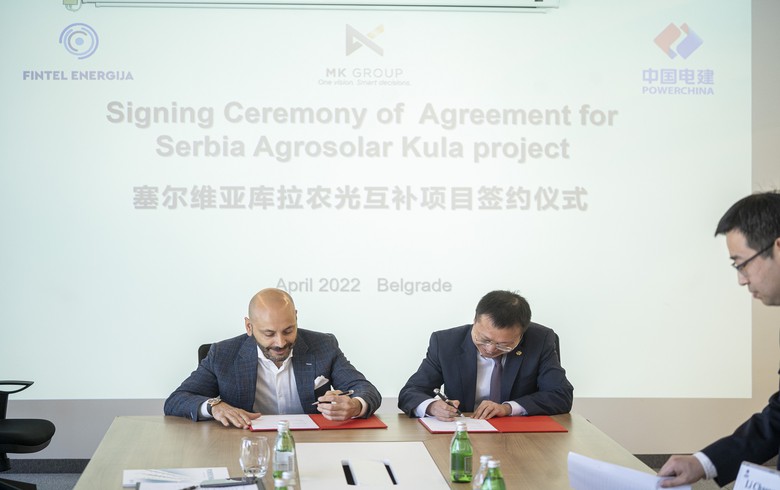 BELGRADE (Serbia), May 6 (SeeNews) - Serbia's MK Group, a unit of Italy's Fintel Energia Group and Power Construction Corporation of China (PowerChina) signed a memorandum of understanding on the construction of a 340 million euro ($360.4 million) agrivoltaic plant in Kula, in northern Serbia, the companies said.

The construction of the plant, Agrosolar Kula, will start in the next three months, the companies said in a statement on Thursday.

It will have the capacity to produce 832 GWh of electricity annually, enough to cover the needs of about 200,000 households.

Agrosolar Kula will sprawl on 770 hectares, the statement read.

In July 2021, MK Group said it would cover 700 hectares. At the time, MK Group also said the plant would be operational by April 2022.

"In this way, we continue to contribute to the goal of the Republic of Serbia to increase the share of energy from renewable sources to at least 40% by 2040," Fintel CEO Tiziano Giovannetti commented, as quoted in the statement.

Agrivoltaics is a technological solution that enables the simultaneous production of agricultural crops and energy from sunlight on the same surface.