Thursday's announcement of ESB's partnership with EDF on the Neart na Gaoithe (NnG) wind farm, to be located off the coast of Fife in south-east Scotland, followed reports earlier this month that ESB was in talks to buy a stake in the GBP-1.8-billion (USD 2.3bn/EUR 2.1bn) project. EDF bought it in May 2018 from developer Mainstream Renewable Power.

ESB has been active in Scotland since 2017 and is leading further development of renewable energy projects, particularly onshore and offshore wind.

Together with the new partner, EDF announced that after it secured all the financial agreements for the project, full construction of the wind farm has begun.

In addition to Siemens Gamesa Renewable Energy providing the 54 turbines for the project, Saipem is supplying the turbine foundations, GE Renewable Energy Grid Solutions will deliver two electrical substations, while Prysmian SRL will supply the export cables. Deme Offshore will engineer, procure, construct and install the inter-turbines cables with offshore installation and Fred Olsen Windcarrier will transport and install the turbines with offshore installation.

Offshore construction is set to begin in June 2020, with the wind farm to be fully commissioned in 2023.

Once operational, the wind park is expected to generate enough clean electricity to meet the annual demand of up to 375,000 homes, corresponding to 4% of Scotland's power consumption. Neart Na Gaoithe has a 15-year Contract for Difference (CfD) in place at a rate of GBP 114.39 per MWh in 2012 pound sterling, as well as grid connection agreements. 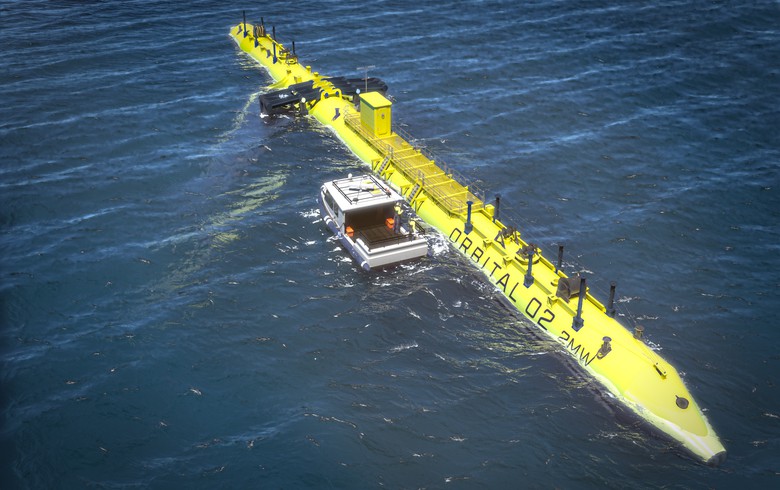