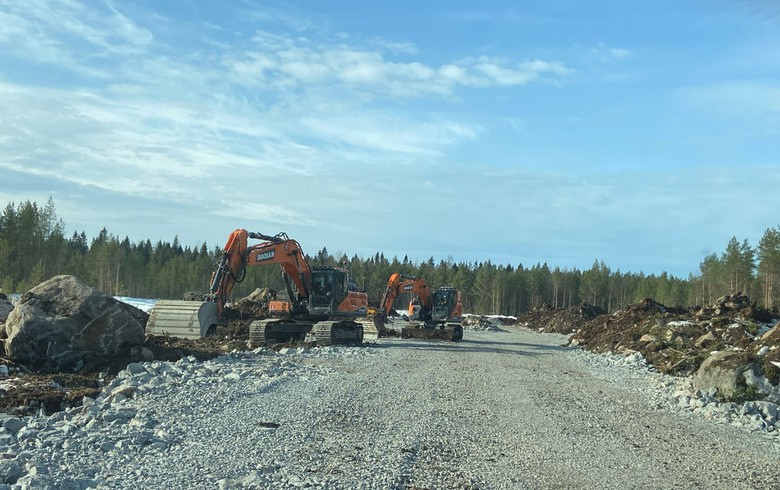 Work begins on the construction of the foundations for the Torvenkyla wind farm in Finland. Image by Energiequelle. All Rights Reserved.

April 8 (Renewables Now) - German renewables firm Energiequelle GmbH has begun work on the construction of the foundations for the 39.9-MW Torvenkyla wind farm in Finland.

Located in the coastal municipality of Kalajoki in the province of Oulu, the park will consist of seven Nordex N163 turbines, each with an output of 5.7 MW. An 8-meter concrete elevation will be built on top of the foundations to raise the hub height of the turbines and boost their production, Energiequelle said on Thursday.

The work on the foundations and the infrastructure for the wind farm will be performed by local energy solutions provider Suvic Oy while electrification and automation specialist VEO Oy has been contracted to build the substation for the connection to the grid.

The installation of the turbines will begin in August.

After its commissioning, the park is expected to generate about 120 GWh of green electricity per year and supply around 25,000 households. The facility will help avoid about 84,000 tonnes of carbon emissions annually.

The Torvenkyla wind farm is Energiequelle’s fourth project in Finland. The German company has already installed over 100 MW in the country and has a development portfolio of 2,400 MW.