IPCEI Hy2USe, as 35 Important Projects of Common European Interest are collectively called, will get public funding extended by 13 member states to focus on building large-scale electrolysers and hydrogen transport infrastructure and on developing innovative solutions for the integration of hydrogen into the hard-to-abate industrial sectors. The state funds are expected to mobilise additional EUR 7 billion in private investments, the EC said.

Norway, not an EU member but part of the European Economic Area, contributed two projects to IPCEI Hy2USe. Its state aid is assessed by the EFTA Surveillance Authority.

The EC expects some of the electrolysers to start operations by 2024-2026. The overall IPCEI Hy2USe is planned to be finalised in 2036. 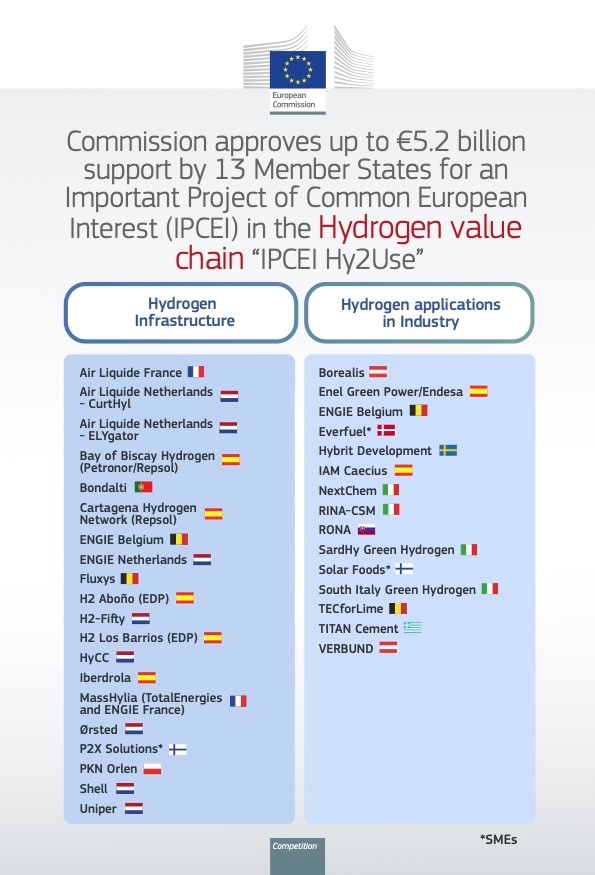