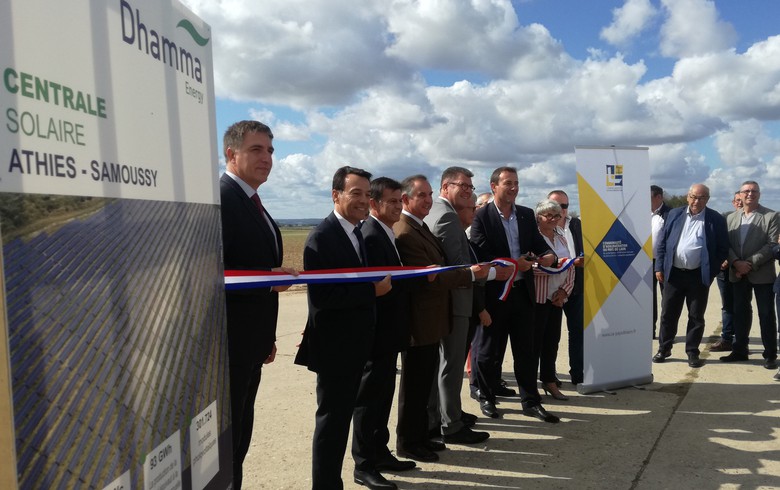 The start of construction of the Athies-Samoussy solar plant. Credit of the picture: Dhamma Energy/Blanca Díaz

The company held a ceremony last week to lay the foundation stone of the EUR-70-million (USD 76.7m) plant at the former NATO airbase of Laon-Athies. The construction process is expected to last one year and upon completion the facility will generate some 93 GWh of electricity annually.

The project is financed by both public and private groups. Last July, it raised EUR 1.1 million through the crowdfunding platform Lendosphere.

To date, Dhamma Energy has fully developed 650 MWp of solar projects, mostly in Mexico and France. Its current project pipeline includes more than 2 GWp in Europe, Latin America and Africa.