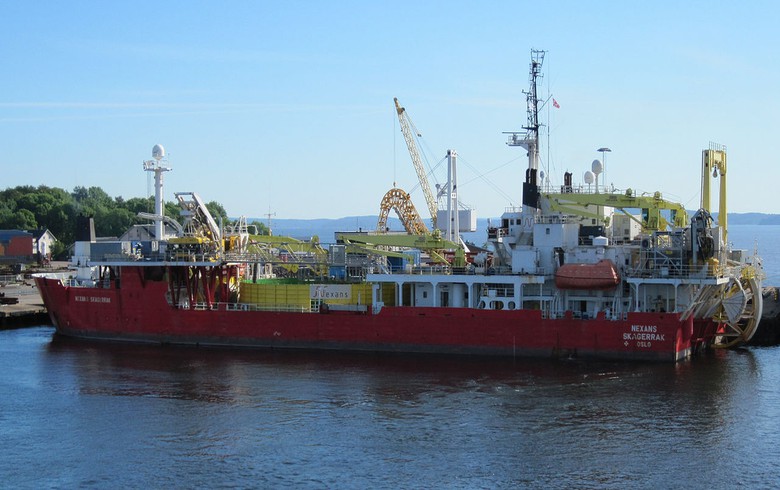 The selection of Nexans (EPA:NEX) to connect the island of Syros to the Greek mainland was announced by ADMIE (IPTO) Holding SA (ATH:ADMIE) in October and confirmed by French cable producer Nexans (EPA:NEX) today. The EUR-111-million (USD 125.6m) turnkey contract includes survey, design, manufacturing, installation and protection of a 150-kV HVAC three-core submarine power cable with an internal fiber optical element over roughly 108 km at an expected maximum water depth of 300 m.

The Nexans Skagerrak cable laying vessel will be employed in the project.

Nexans’ job is part of the Cyclades Islands Interconnection in Greece, through which ADMIE seeks to cut the need for use of power plants burning heavy fuel oil and light fuel oil and ensure the infrastructure needed for harnessing the local renewable power potential is in place.

The project is to be completed in 2020, two years earlier than initially planned, the power transmission operator noted.

Commissioning is expected by mid-2020.