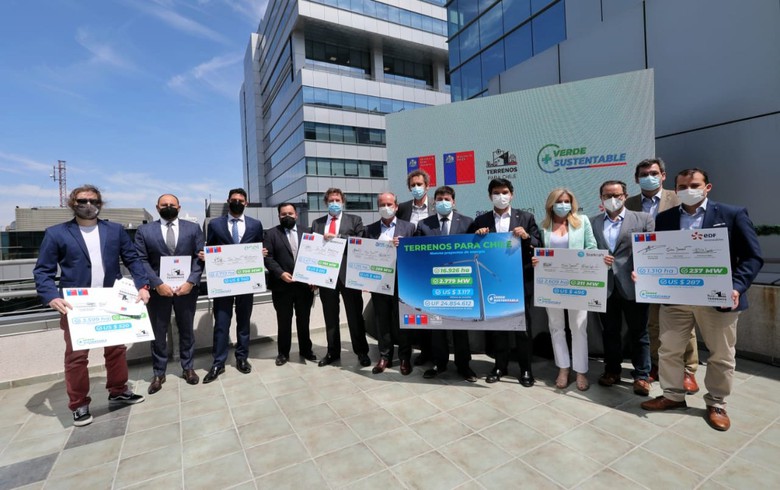 November 4 (Renewables Now) - The Chilean ministry of national asset announced on Wednesday that it has awarded land in the region of Antofagasta to companies that committed to build 2,779.6 MW of hybrid wind and solar energy projects.

The winning companies secured nine pieces of public land spanning some 17,000 hectares (42,008 acres) in the commune of Taltal. Grenergy, through a subsidiary, was awarded three pieces of property totalling around 3,600 hectares, while its compatriot Grupo Ibereolica secured the largest plot - a land area of around 3,760 hectares, according to the ministry.

The winners are entitled to a 40-year concession to use the land for renewable energy installations. Their projects will combine 1,746.6 MW of wind and 1,034 MW of solar power, with 480 MW of energy storage capacity being considered, the ministry of national assets said.

The expectation is that the projects would bring an investment of over USD 3.1 billion (EUR 2.69bn).