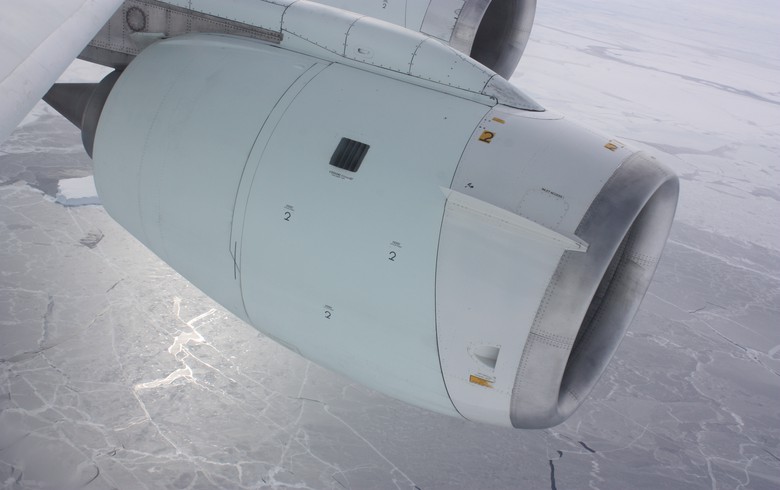 March 16 (Renewables Now) - Biofuels used in aviation can cut particle emissions from jet engine exhaust by up to 50%-70%, a study by NASA and German and Canadian agencies has revealed.

Flight tests under the Alternative Fuel Effects on Contrails and Cruise Emissions Study (ACCESS) have been carried out with a 50:50 blend of aviation fuel and a renewable alternative fuel of hydro-processed esters and fatty acids made from camelina oil. Bruce Anderson, ACCESS project scientist at NASA's Langley Research Center, explains that the particle reductions recorded in the study should directly translate into reduced ice crystal concentrations in contrails. This, in turn, should help minimise their impact on Earth's environment.

According to the US National Aeronautics and Space Administration (NASA), contrails, and the cirrus clouds formed from them, have a greater impact on Earth's atmosphere than the aviation-related carbon dioxide (CO2) emissions.

The tests were done by NASA flying its DC-8 as high as 40,000 feet with its four engines burning the 50:50 green blend. Three research aircraft of NASA, of the German Aerospace Center (DLR), and of the National Research Council of Canada, took turns flying behind the DC-8 to measure emissions and study contrail formation.

"This was the first time we have quantified the amount of soot particles emitted by jet engines while burning a 50-50 blend of biofuel in flight," said Rich Moore, lead author of the Nature report.