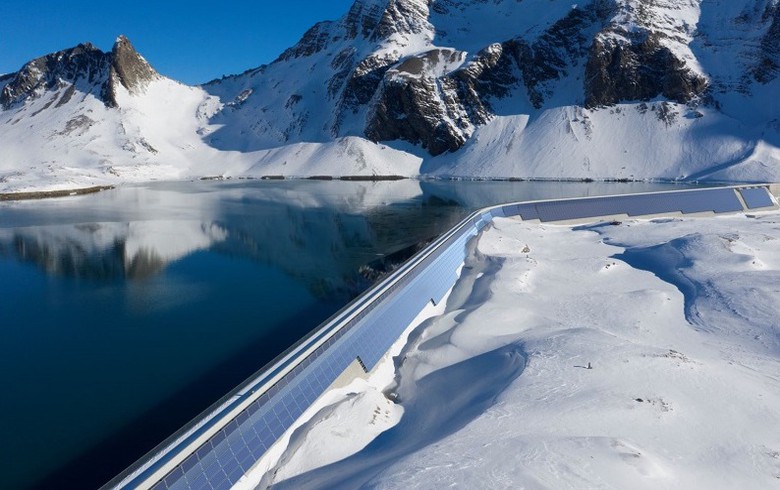 An artist's rendition of the AlpinSolar project. Source: IWB

The AlpinSolar plant will be installed on the dam of the Muttsee reservoir at 2,500 metres (8,202 ft) above sea level, where it can benefit from snow reflection in winter time and a lower incidence of fog.

Axpo said it had received the formal construction approval from the municipality of Glarus Sued last week and started bringing the first components to the dam yesterday.

All plant components will be transported by helicopter since the Muttsee dam cannot be reached by road, Axpo said. A crane, which was already delivered to the site, will be used to install the panels and the substructure.

The AlpinSolar project was initiated by Axpo, which later entered into a 51/49 partnership with energy supplier IWB to implement it.

IWB’s subsidiary Planeco will be in charge of the construction.

The alpine solar farm is expected to be capable of generating some 3.3 million kilowatt-hours of power annually, half of it during the winter period. The plant’s output is sold to supermarket chain Denner under a 20-year power purchase agreement (PPA).