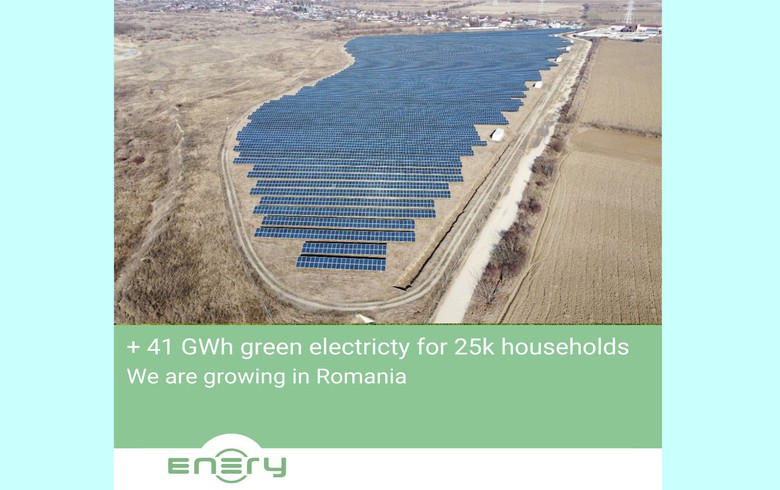 The portfolio comprises solar plants in the Bucharest, Arad and Cluj regions and represents one of the larger operating photovoltaic (PV) portfolios in the market, Enery said in a post on social media on Thursday.

As part of the transaction, the majority of the portfolio’s 41 GWh of renewable energy output will be sold under long-term power purchase agreements with the local subsidiary of French utility company Engie.

"By providing stable renewable power supply, under the currently volatile and elevated market levels, the portfolio will contribute to the stability of the electricity supply in the country and will help in providing affordable clean electricity to customers in Romania," the company said.

Earlier this month, Canadian renewable energy company Jade Power Trust announced it has entered into a binding share sale agreement with Enery to sell all of its renewable energy operating assets in Romania and the Netherlands for 71 million euro ($71 million).

The closing of the transaction is subject to a number of customary conditions.