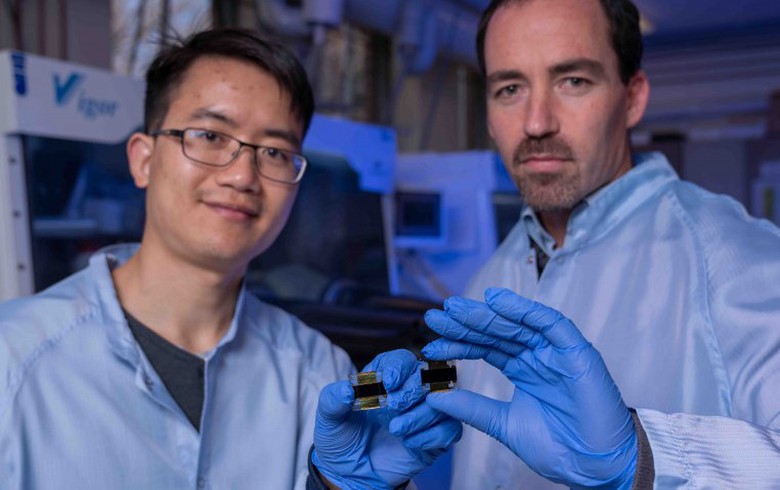 September 3 (Renewables Now) - Researchers from the Australian National University (ANU) have reached record efficiency of 21.6% for perovskite cells above a certain size.

“Our result is the highest on a scale that many consider the minimum - one square centimetre,” said Associate Professor Thomas White. The result has been confirmed by the CSIRO Photovoltaics Performance Lab.

White believes that silicon, the material used for 95% of solar photovoltaic (PV) cells today, is to hit an efficiency cap in the next five to 10 years. “To be able to make a really good tandem solar cell you've got to have both of your cells operating as efficiently as possible. Because silicon can't get much better, we've been focusing on the perovskite half,” White said.

The record efficiency for their perovskite cells has been achieved with the help of a novel nanostructured material, developed by co-researcher Jun Peng. He explains that an efficient PV cell has to be able to produce both high voltage and high current. “It can be difficult to achieve both at the same time, but the nanostructured layer in our cells makes this possible,” Peng said.

The team at the ANU College of Engineering and Computer Science got funding from the Australian Renewable Energy Agency (ARENA) for the project.