September 19 (Renewables Now) - The supply chain in wind energy is feeling a profit margin squeeze from the global shift towards auctions / tenders. As a consequence, they are constantly seeking ways to cut costs and remain competitive. However, one key way in which many OEMs and component suppliers are missing the opportunity to save on CapEx costs is to leverage royalty free technology.

Leveraging royalty free technology use can help improve levelised cost of energy (LCOE) for some OEMs since they are now able to offer more competitive products, having been previously blocked from including the technology due to the exclusivity of the intellectual property (IP) rights held by a competitor.

Those who may have licensed (or were compelled to license) a competitor's patented technology are often at a commercial disadvantage due to an inability to reduce price below a certain level for fear of negative margins on a wind farm project due to the mandatory royalty payments for each unit sold (regardless of price).

However, when a patent expires, it opens up the opportunity for other companies to use that exact same technology embodied in the patent on a royalty free basis. In the wind energy industry, 2018 is a year of particular importance, because of the innovations which were developed and the patents which were filed in 1998 that have now reached the end of their term.

Variable speed control, individual blade pitch, and blade pre-bend patents have all expired by this point in time, and the royalty-free use of these technologies could represent an LCOE advantage of 3% to 4% vs the same product without these previously proprietary technologies. 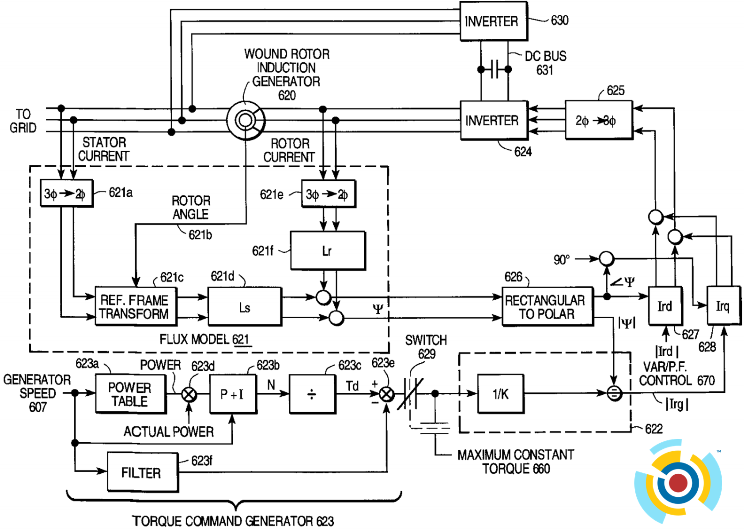 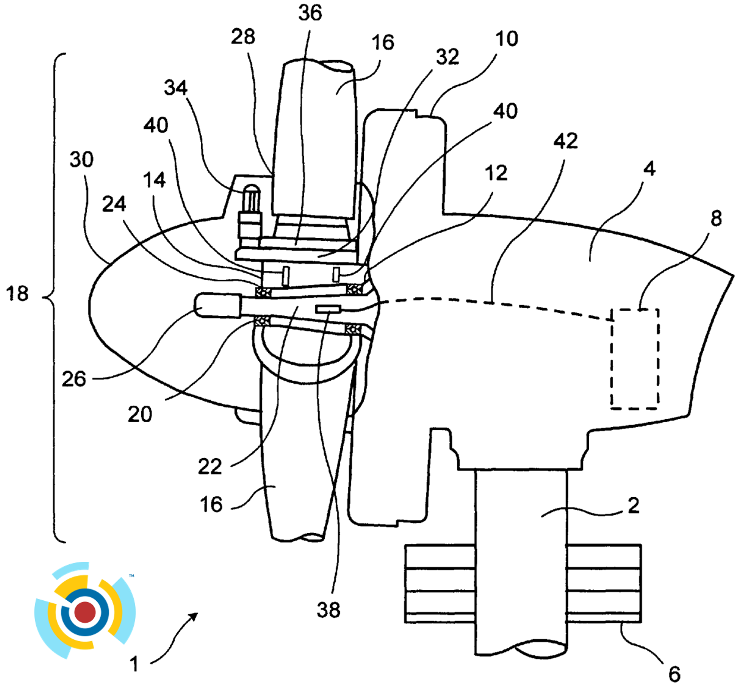 A windmill rotor of the front-runner type and airfoil type wind blades therefor in which the blade tips have a longitudinally forwardly curved configuration. The curvature solves the problem of inward flexure of the blade in strong wind conditions, without requiring modification of the manner in which the rotor as a whole is mounted in order to avoid having the blade strike the windmill tower under such strong wind conditions. 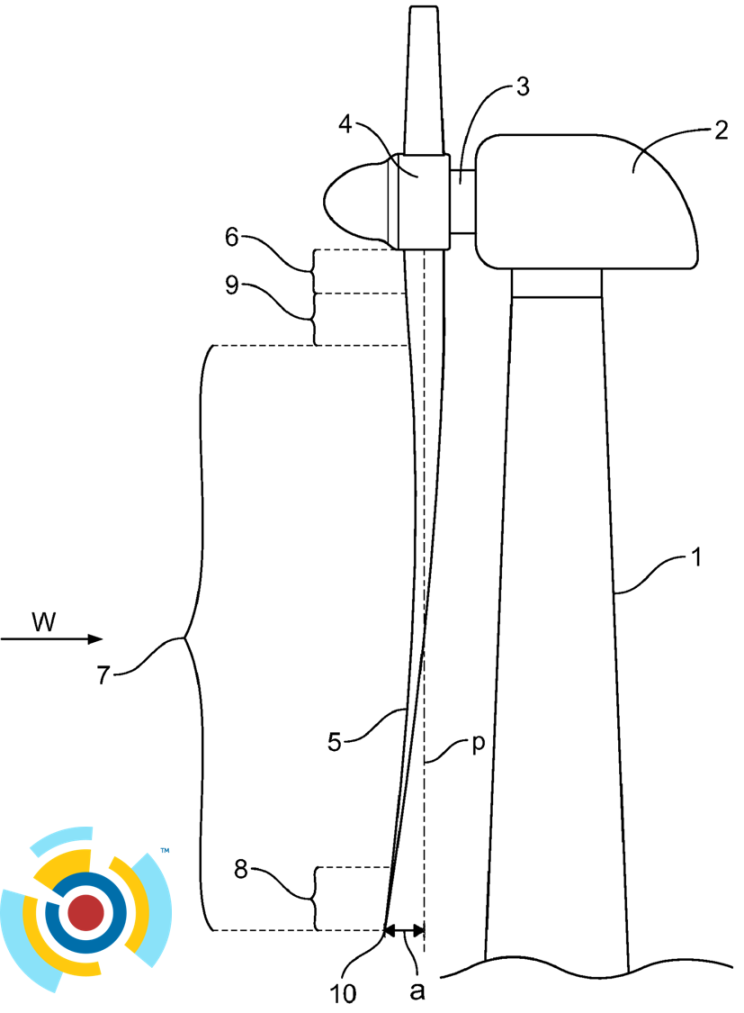 While the years since 1998 have seen an uptick in the number of high value patents in the wind energy sector, since 2012 there has been a precipitous drop in high value IP creation. Companies cut their R&D and innovation budgets in 2013 due to the global market downturn and have been disincentivised from developing high value IP ever since. 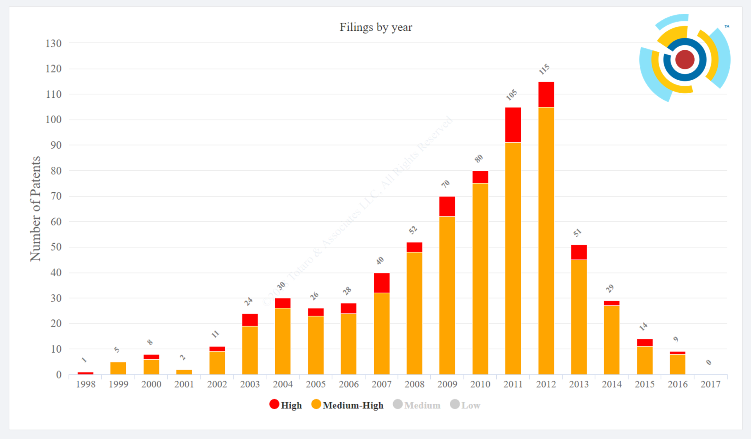 Introducing new technology means going through a process to achieve bankability. That fact, coupled with the economies of scale which can be achieved with existing, proven, bankable technology has lured companies towards developing incremental innovations rather than game changing and potentially LCOE reducing capabilities.

More worryingly is that even while the quantity of high value IP in the wind power industry was increasing from 1998 - 2012, there has been a steady reduction in the relative amount of high value IP vs the overall trend. 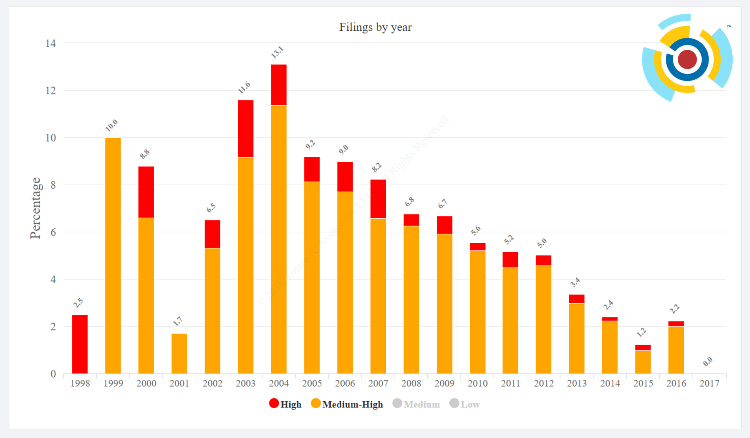 Companies who desire to be globally competitive must take advantage of high value competitor IP that can be used royalty free. Additionally, they must invest in a pipeline of game changing innovations in order to improve their own products as well as retain negotiating leverage in case a competitor ever comes calling for a new compulsory license in a seminal technology which has been patented.

Learn more about game changing wind energy innovations and how to commercially exploit them with a subscription to IntelStor by Totaro & Associates. Currently, free access is possible as the platform is in the Beta Test period.